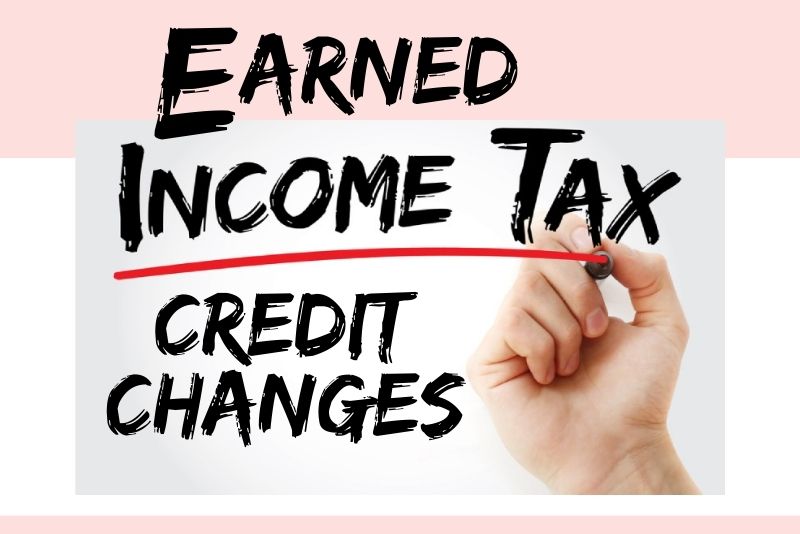 I have to apologize to all of my Oklahoma City clients for the sheer volume of tax-centric writing I’ve been doing the last few weeks and months.

Normally, I like to write on other topics (in addition to the tax-related stuff) … but I cannot emphasize enough how massively and significantly the tax code has been impacted by all this new legislation including earned income tax credit changes.

Tax professionals everywhere are collectively pulling their hair out this year, and we’re so inundated with questions and issues from conflicting guidance that I have seen many of my colleagues liken this season to “ER triage.” And I can understand that feeling.

That said — [BEINGEMAIL]we’ve [ENDEMAIL]we here in Edmond have been working hard to stay on top of all of our various client issues and are using deadline extensions as needed.

So, no — we are NOT done discussing the American Rescue Plan Act (ARPA). We will be returning to bigger picture conversations … soon.

But before I get there, a few things to make sure you know:

1) The IRS did get their act together and extended the IRA and HSA contribution deadline to May 17th, which is good news for all, especially my Oklahoma City clients. Maybe somebody with power is on my email distribution list because it happened fairly shortly after I wrote about it. 🙂

2) Estimated payments for Q1 are still due April 15th. Yes, yes … this is a bit of a pain, and we are working very hard to get the information to those Edmond clients who are affected. My suggestion (if you still don’t have clarity on your return): Pay what you paid last year if your income remained similar. We may be able to give you better figures, but as long as you make a payment that is close, we can clean things up in future quarters and minimize any penalties, etc.

But now to the subject for today (and again, sorry for the tax nerdery)…

Big Earned Income Tax Credit Changes for all Oklahoma City Filers in 2021
“Success is the sum of small efforts repeated day in and day out.” – Robert Collier

Out of all the tax credits available to Americans, the Earned Income Tax Credit (EITC) can be one of the largest – for those that qualify in Oklahoma City.

The strict qualifications, especially for workers without children, have also long been one of the biggest criticisms of the EITC.

But the good news is that ARPA brings a number of Earned Income Tax Credit changes including temporary changes for 2021 that impact folks without children in particular.

How investment income matters
In order to take advantage of [BEINGEMAIL]this tax credit[ENDEMAIL]the Earned Income Tax Credit changes, you must first have earned income, as indicated right there in the name of the tax credit. Money that you earn from a job (including tips), counts as earned income. For the Oklahoma City self-employed, your taxable profit is earned income.

What doesn’t count is money you didn’t have to actively work for, like interest on your bank account, dividends on stocks, rental property profit, and other investment income. Since [BEINGEMAIL]this tax credit is [ENDEMAIL]the Earned Income Tax Credit changes are intended to provide a boost to low and middle income working families, there is actually an “investment income” cutoff.

Once you exceed this limit, you’re no longer eligible for the EITC. For the 2020 tax year, the old $3,650 investment income cap still applies. But for 2021, the new law increases this investment income threshold to $10,000. This is a permanent change, and the cutoff will increase with inflation in 2022 and beyond.

Income thresholds to know
Since [BEINGEMAIL]this tax credit is [ENDEMAIL]the Earned Income Tax Credit changes are primarily targeted at working class families which includes many of you in Oklahoma City, you might assume that the earned income thresholds for claiming it are ridiculously low. However, you might be surprised. For example, a married couple with three or more children can earn up to $56,844 for 2020 before their EITC vanishes entirely. The amount of credit you can claim slowly drops as your income goes up.

That same couple in Edmondwith three kids filing a joint tax return will get the full EITC of $6,660 if their income was $25,220 for last year. If the same family earned $45,000, the EITC is reduced to $2,494. So, even though the credit is clearly lower, it’s still a significant tax benefit you don’t want to miss out on.

The EITC is reduced if your earned income is less than a certain amount. For example, with three children and earned income of $10,000, that EITC amount drops to $4,500. The rule is meant to encourage families to work and earn more income in order to get the higher tax credit.

2021 Expansion for Oklahoma City workers without children
Historically, this particular tax credit hasn’t been friendly to folks without children, but ARPA has made some Earned Income Tax Credit changes. For the 2021 tax year, anybody that’s 19 or older now qualifies for the EITC. Under the “normal” rules, you have to be minimum 25 years old but less than 65 in order to qualify for the EITC with no children.

The downside to the expanded rules for workers without a qualifying child: They’re only in force for 2021. Come 2022, it’s back to the old rules.

This rule still applies for 2020 tax returns, but for 2021 and beyond, it’s been tweaked…slightly.

Now, you and others in Edmond will be able to claim the EITC if:
– You file separately from your spouse
– The children live with you for more than six months out of the calendar year
– You have a separation agreement in place
– You live apart as of the last day of the year (12/31/21).

The rules for the Earned Income Tax Credit can be confusing — even for many tax professionals. You should see the messes we’ve had to clean up! The Treasury Department estimates that, despite being eligible, about 5 million people every year fail to claim the EITC because of how complicated it is.

The Earned Income Tax Credit changes under ARPA (both permanent and temporary) are likely to make it even more confusing.

The good news? We’re on top of this stuff for you … so you don’t have to be 🙂

And we’re glad to be able to serve you in this insane season.